Belarus, officially the Republic of Belarus, is a landlocked country in Eastern Europe. It is bordered by Russia to the east and northeast, Ukraine to the south, Poland to the west, and Lithuania and Latvia to the northwest.

he name Belarus is closely related with the term Belaya Rus’, i.e., White Rus’. There are several claims to the origin of the name White Rus’. An ethno-religious theory suggests that the name used to describe the part of old Ruthenian lands within the Grand Duchy of Lithuania that had been populated mostly by Slavs who had been Christianized early, as opposed to Black Ruthenia, which was predominantly inhabited by pagan Balts. An alternative explanation for the name comments on the white clothing worn by the local Slavic population. A third theory suggests that the old Rus’ lands that were not conquered by the Tatars (i.e., Polotsk, Vitebsk and Mogilev) had been referred to as White Rus’. A fourth theory suggests that the color white was associated with the west, and Belarus was the western part of Rus in the 9th to 13th centuries.

About 40% of Belarus is covered by forests. The country lies within two ecoregions: Sarmatic mixed forests and Central European mixed forests. Many streams and 11,000 lakes are found in Belarus. Three major rivers run through the country: the Neman, the Pripyat, and the Dnieper. The Neman flows westward towards the Baltic sea and the Pripyat flows eastward to the Dnieper; the Dnieper flows southward towards the Black Sea.Strusta Lake in the Vitebsk Region. 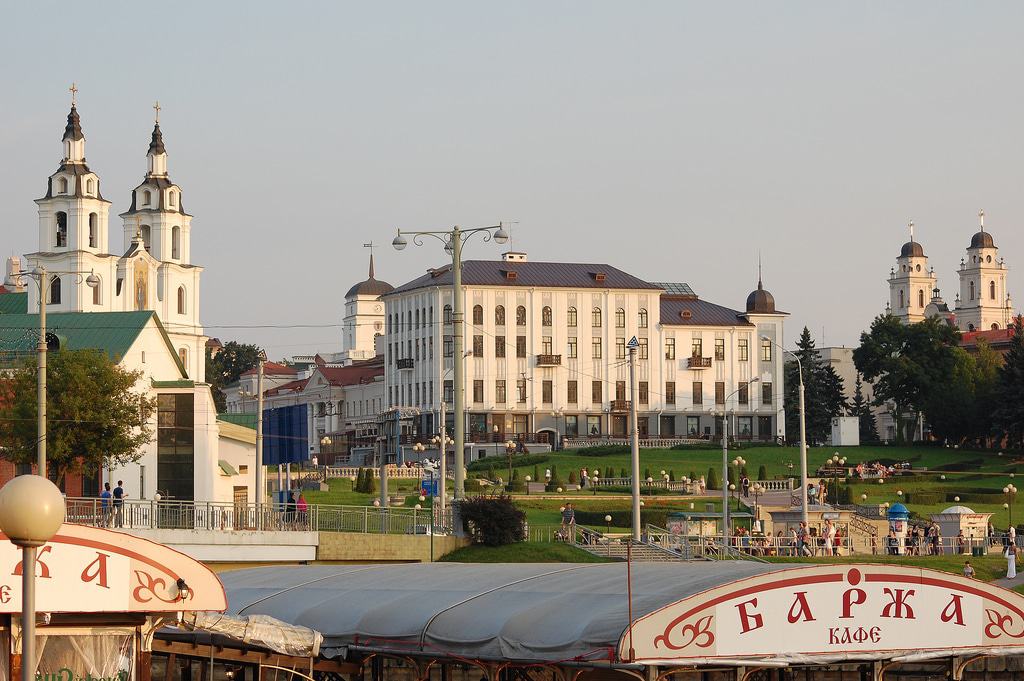 Minsk is the capital and the largest city of Belarus, located on the Svislach and the now subterranean Niamiha rivers. As the capital, Minsk has a special administrative status in Belarus and is the administrative centre of Minsk Region and Minsk District.

The capital city of Belarus has a lot to offer visitors. Head to Independence Square which at 7 hectares is one of the largest public squares in all of Europe, and is perfect for an evening stroll to take in the pretty water fountains and dancing lights. Also not to be missed is Independence Avenue that acts as the main artery of the city, and has cafes, restaurants, and shopping opportunitiess, as well as clubs and music events. Minsk is also known for its parks and gardens, so don’t miss a trip to the Gorky Central Children’s Park that features fairground rides as well as an observation wheel that provides stunning views over the city. Dive into Belarusian history at the National History Museum, or take in the cultural sights at the National Art Museum.

Throughout the 19th century, the city continued to grow and significantly improve. In the 1830s, major streets and squares of Minsk were cobbled and paved. A first public library was opened in 1836, and a fire brigade was put into operation in 1837. In 1838, the first local newspaper, Minskiye gubernskiye vedomosti (“Minsk province news”) went into circulation. The first theatre was established in 1844. By 1860, Minsk was an important trading city with a population of 27,000. There was a construction boom that led to the building of 2 and 3-story brick and stone houses in Upper Town. 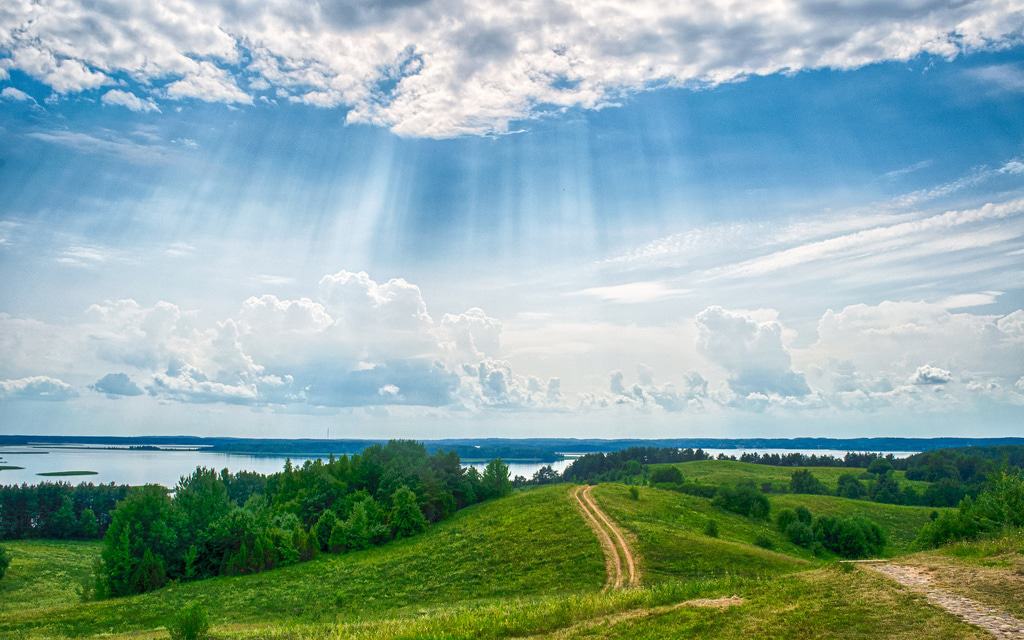 The territory of the national park is separate and is in the Braslaw Raion in the northwest of Belarus, near the border with Lithuania. In the north it is adjacent to Belarusian-Latvian border. The park is elongated from southwest to northeast. In this direction it is 55 km (34 mi) long and between 5 and 29 km (3.1 and 18.0 mi) wide. The total area of the park is 691 km2 (267 sq mi). The southern part of the park consists of lowlands covered with forests. Much of the area is occupied by different types of bogs. There are several beautiful forest lakes, including Boginskoye – considered to be one of the most beautiful in the Braslav area. The forests here belong to coniferous-deciduous group, and occupy 310 km2 (120 sq mi). One can distinguish the following woodlands: Borunsky, Belmont, Boguinsky, Druiskaya Dacha. Pine woods and fir woods are widespread.

If you want to explore what is left of an ancient glacier then a visit to Braslav Lake Area is something that you can’t miss. There are approximately 300 lakes in the region that are known as the ‘Blue Necklace’ of Belarus due to their azure waters. The area is also studded with rugged countryside such as bays and cliffs, and the lakes contain over 30 species of fish. Bird watching is a common pastime here as well as rambling and climbing. You can also see the boulders left over as a result of the glacier, some of which can weigh up to 40 tonnes. The most famous of these rocks have names such as Devil’s Footprint and Cow’s Stone due to their size and shape.

The Mir Castle Complex is a historic fortified castle and a UNESCO World Heritage Site in Belarus. It is located in the town of Mir, in the Karelichy District of Grodno Oblast, at 53°27′4.46″N 26°28′22.80″E, 29 kilometres north-west of another World Heritage site, Nesvizh Castle.

Duke Juryj Ivanavič Illinič (pl:Jerzy Iwanowicz Ilinicz) began construction of the castle near the village of Mir after the turn of the 16th century in the Polish Gothic style. Five towers surrounded the courtyard of the citadel, the walls of which formed a square of 75 metres (246 ft) on each side. In 1568, when the Ilyinich dynasty died out, the Mir Castle passed into the hands of Mikołaj Krzysztof “the Orphan” Radziwiłł, who refitted it with a two-winged, three-story stately residence along the eastern and northern inner walls of the castle. Plastered facades were decorated with limestone portals, plates, balconies and porches in the Renaissance style.

One of the premium attractions in Belarus, Mir Castle lies in the Grodno region and dates from the 16th century. This mighty architectural feat is built in the Baroque, Gothic, and Renaissance styles, and is heavily surrounded by fortification walls. Visitors to the castle can enjoy a stroll in the stunning flower gardens that are designed in the Italian style, as well as the vast artificial lake on the property. The castle offers a spectacular look at some of the best architecture in Belarus, and is also a UNESCO World Heritage Site, and although it was badly damaged by cannon fire in the days of old, it has now been lovingly restored to its former glory. Pripyatsky National Park or Pripyat National Park in a natural reserve in Gomel Region, Belarus. It was founded in 1996 for preservation of natural landscapes around the Pripyat River from which it takes its name. Much of the park’s area is occupied by turf swamps.

National Park Pripyatsky lies in a valley that is also known as the Belarus Amazon, due to the amazing number of forests and swamps found here. Visitors to the region flock here for the sheer diversity of wildlife present, and photography safaris are a popular activity. There are 51 species of mammals in the park including deer, elk, racoons, and beavers, as well as rarer animals such as lynx and mink. If you like bird watching then you will love it here, as there are over 250 species of birds that migrate to the Pripyat River. The river also offers visitors the chance to take a boat tour to observe the aquatic life up close, and there are fishing and hunting trips available for those who want to explore the park even further. There is also a Nature Museum on site for those who want a more structured tour of the area. Lida is a city 168 km west of Minsk in western Belarus in Grodno Region.The name Lida arises from its Lithuanian name Lyda, which derives from lydimas, meaning “slash-and-burn” agricultural method or a plot of land prepared in this way.

There are passing mentions of Lida in chronicles from 1180. Until the early 14th century, the settlement at Lida was a wooden fortress in Lithuania proper. In 1323, the Grand Duke of Lithuania Gediminas built a brick fortress there. The generally considered founding year of Lida is 1380. The fortress withstood Crusader attacks from Prussia in 1392 and 1394 but was burned to the ground in 1710. Following the death of Gediminas, when Lithuania was divided into principalities, Lida became the capital of one of them, the seat of Algirdas. 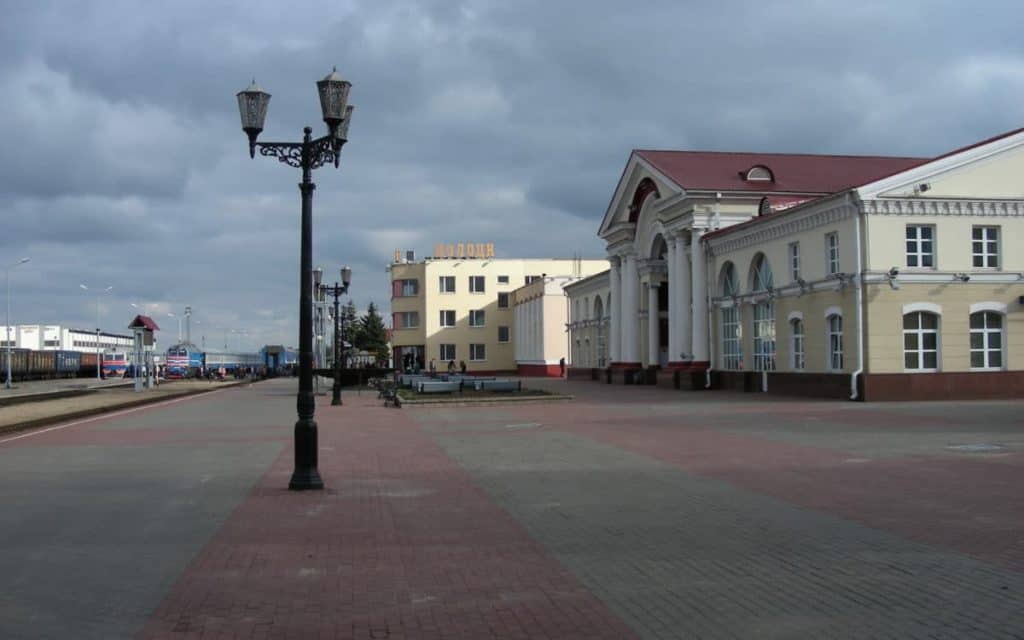 Polotsk is a historical city in Belarus, situated on the Dvina River. It is the center of the Polotsk District in Vitsebsk Voblast. Its population is more than 80,000 people. It is served by Polotsk Airport and Borovitsy air base.

The Old East Slavic name, Polotesk, derives from the Polota river, which flows into the neighboring Western Dvina. The Vikings rendered that name as Palteskja.

Polotsk is one of the most ancient cities of the Eastern Slavs. The Primary Chronicle (a history of Kievan Rus’ from about 850 to 1110, compiled in Kiev about 1113) listed Polotsk in 862 together with Murom and Belozersk. However, an archaeological expedition from the Institute of History of the National Academy of Sciences of Belarus suggests that Polotsk existed in the first half of the 9th century. Grodno is a city in western Belarus, near the Polish and Lithuanian borders. By the Neman River, the Old Castle is a Renaissance palace on the site of an 11th-century fort. Nearby, the New Castle was built in the 18th century as a royal residence. The 12th-century Kalozha Church of Sts. Boris and Gleb is adorned with polished stones and majolica tiles. The St. Francis Xavier Cathedral features an ornate carved altar.

Probably the most spectacular landmark of Grodno is the Cathedral of St. Francis Xavier, the former (until 1773) Jesuit church on Batory Square (now: Soviet Square). This confident specimen of high Baroque architecture, exceeding 50 metres in height, was started in 1678. Due to wars that rocked Poland-Lithuania at that time, the cathedral was consecrated only 27 years later, in the presence of Peter the Great and Augustus the Strong. Its late Baroque frescoes were executed in 1752.

The extensive grounds of the Bernardine monastery (1602–18), renovated in 1680 and 1738, display all the styles flourishing in the 17th century, from Gothic to Baroque. The interior is considered a masterpiece of so-called Vilnius Baroque. Other monastic establishments include the old Franciscan cloister (1635), Basilian convent (1720–51, by Giuseppe Fontana III), the church of the Bridgettine cloister (1642, one of the earliest Baroque buildings in the region) with the wooden two-storey dormitory (1630s) still standing on the grounds, and the 18th-century buildings of the Dominican monastery (its cathedral was demolished in 1874).

Among other sights in Grodno and its environs, we should mention the Orthodox cathedral, a polychrome Russian Revival extravaganza from 1904; the botanical garden, the first in the Polish–Lithuanian Commonwealth, founded in 1774; a curiously curved building on the central square (1780s); a 254-metre-high TV tower (1984); and Stanisławów, a summer residence of the last Polish king.