Cryptographer David Chaum first proposed a blockchain-like protocol in his 1982 dissertation “Computer Systems Established, Maintained, and Trusted by Mutually Suspicious Groups.”Further work on a cryptographically secured chain of blocks was described in 1991 by Stuart Haber and W. Scott Stornetta. They wanted to implement a system wherein document timestamps could not be tampered with. In 1992, Haber, Stornetta, and Dave Bayer incorporated Merkle trees into the design, which improved its efficiency by allowing several document certificates to be collected into one block. Under their company Surety, their document certificate hashes have been published in The New York Times every week since 1995.

The first decentralized blockchain was conceptualized by a person (or group of people) known as Satoshi Nakamoto in 2008. Nakamoto improved the design in an important way using a Hashcash-like method to timestamp blocks without requiring them to be signed by a trusted party and introducing a difficulty parameter to stabilize the rate at which blocks are added to the chain. The design was implemented the following year by Nakamoto as a core component of the cryptocurrency bitcoin, where it serves as the public ledger for all transactions on the network.

The words block and chain were used separately in Satoshi Nakamoto’s original paper, but were eventually popularized as a single word, blockchain, by 2016.

According to Accenture, an application of the diffusion of innovations theory suggests that blockchains attained a 13.5% adoption rate within financial services in 2016, therefore reaching the early adopters’ phase.Industry trade groups joined to create the Global Blockchain Forum in 2016, an initiative of the Chamber of Digital Commerce.

In May 2018, Gartner found that only 1% of CIOs indicated any kind of blockchain adoption within their organisations, and only 8% of CIOs were in the short-term “planning or active experimentation with blockchain”.For the year 2019 Gartner reported 5% of CIOs believed blockchain technology was a ‘game-changer’ for their business Blockchain technology is a structure that stores transactional records, also known as the block, of the public in several databases, known as the “chain,” in a network connected through peer-to-peer nodes. Typically, this storage is referred to as a ‘digital ledger.’

Every transaction in this ledger is authorized by the digital signature of the owner, which authenticates the transaction and safeguards it from tampering. Hence, the information the digital ledger contains is highly secure.

In simpler words, the digital ledger is like a Google spreadsheet shared among numerous computers in a network, in which, the transactional records are stored based on actual purchases. The fascinating angle is that anybody can see the data, but they can’t corrupt it.

How Does Blockchain Technology Work?

In recent years, you may have noticed many businesses around the world integrating Blockchain technology. But how exactly does Blockchain technology work? Is this a significant change or a simple addition? The advancements of Blockchain are still young and have the potential to be revolutionary in the future; so, let’s begin demystifying this technology.

Blockchain is a combination of three leading technologies:

Cryptography keys consist of two keys – Private key and Public key. These keys help in performing successful transactions between two parties. Each individual has these two keys, which they use to produce a secure digital identity reference. This secured identity is the most important aspect of Blockchain technology. In the world of cryptocurrency, this identity is referred to as ‘digital signature’ and is used for authorizing and controlling transactions.

The digital signature is merged with the peer-to-peer network; a large number of individuals who act as authorities use the digital signature in order to reach a consensus on transactions, among other issues. When they authorize a deal, it is certified by a mathematical verification, which results in a successful secured transaction between the two network-connected parties. So to sum it up, Blockchain users employ cryptography keys to perform different types of digital interactions over the peer-to-peer network.

Blockchain formation. The main chain (black) consists of the longest series of blocks from the genesis block (green) to the current block. Orphan blocks (purple) exist outside of the main chain.

A blockchain is a decentralized, distributed, and oftentimes public, digital ledger consisting of records called blocks that are used to record transactions across many computers so that any involved block cannot be altered retroactively, without the alteration of all subsequent blocks. This allows the participants to verify and audit transactions independently and relatively inexpensively.A blockchain database is managed autonomously using a peer-to-peer network and a distributed timestamping server. They are authenticated by mass collaboration powered by collective self-interests. Such a design facilitates robust workflow where participants’ uncertainty regarding data security is marginal. The use of a blockchain removes the characteristic of infinite reproducibility from a digital asset. It confirms that each unit of value was transferred only once, solving the long-standing problem of double-spending. A blockchain has been described as a value-exchange protocol. A blockchain can maintain title rights because, when properly set up to detail the exchange agreement, it provides a record that compels offer and acceptance.

Logically, a blockchain can be seen as consisting of several layers:

The blockchain hardware accelerator uses a combination of a load dispatcher and a configurable number of instances of our Public Key Crypto Engine (BA414EP). This saves time and space as the transaction load is distributed among several components, thereby increasing the overall transaction speed and output.

Blockchain Block are data structures within the blockchain database, where transaction data in a cryptocurrency blockchain are permanently recorded. A block records some or all of the most recent transactions not yet validated by the network.

Most cryptocurrencies use blockchain technology to record transactions. For example, the bitcoin network and Ethereum network are both based on blockchain. On 8 May 2018 Facebook confirmed that it would open a new blockchain group which would be headed by David Marcus, who previously was in charge of Messenger. Facebook’s planned cryptocurrency platform, Libra (now known as Diem), was formally announced on June 18, 2019 .

A blockchain is a growing list of records, called blocks, that are linked together using cryptography. Each block contains a cryptographic hash of the previous block, a timestamp, and transaction data (generally represented as a Merkle tree). The timestamp proves that the transaction data existed when the block was published to get into its hash. As blocks each contain information about the block previous to it, they form a chain, with each additional block reinforcing the ones before it. Therefore, blockchains are resistant to modification of their data because once recorded, the data in any given block cannot be altered retroactively without altering all subsequent blocks.

Blockchain.com is a cryptocurrency financial services company. The company began as the first Bitcoin blockchain explorer in 2011 and later created a cryptocurrency wallet that accounted for 28% of bitcoin transactions between 2012 and 2020.

What is blockchain and how it works? Blockchain is a system of recording information in a way that makes it difficult or impossible to change, hack, or cheat the system. A blockchain is essentially a digital ledger of transactions that is duplicated and distributed across the entire network of computer systems on the blockchain. What is Bitcoin’s blockchain?

Bitcoin’s blockchain is a distributed ledger, a series of linked blocks containing transaction records, that is undergirded by complex mining processes to ensure the integrity of transactions. The blockchain is public, meaning anyone can view transactions occurring on it.

What is blockchain Ethereum?

Ethereum is a decentralized blockchain platform that establishes a peer-to-peer network that securely executes and verifies application code, called smart contracts. Smart contracts allow participants to transact with each other without a trusted central authority. 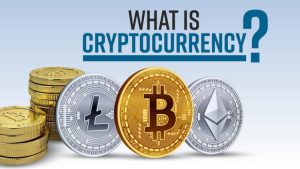 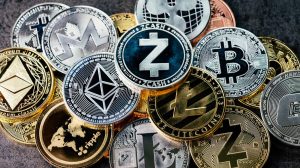