Lithuania , officially the Republic of Lithuania, is a country in the Baltic region of Europe. It is one of three Baltic states and lies on the eastern shore of the Baltic Sea.

Lithuania is a developed country, with a high income advanced economy; ranking very high in the Human Development Index. It ranks favourably in terms of civil liberties, press freedom, internet freedom, democratic governance, and peacefulness. Lithuania is a member of the European Union, the Council of Europe, eurozone, the Nordic Investment Bank, Schengen Agreement, NATO and OECD. It participates in the Nordic-Baltic Eight (NB8) regional co-operation format and is a permanent observer of the Nordic Council.

1.Plan a Pilgrimage to the Hill of Crosses Over the generations, not only crosses and crucifixes, but statues of the Virgin Mary, carvings of Lithuanian patriots and thousands of tiny effigies and rosaries have been brought here by Catholic pilgrims. The exact number of crosses is unknown, but estimates put it at about 55,000 in 1990 and 100,000 in 2006. It is a major site of Catholic pilgrimage in Lithuania.

Over the generations, the place has come to signify the peaceful endurance of Lithuanian people despite the threats they faced throughout history. After the 3rd partition of the Polish–Lithuanian Commonwealth in 1795, Lithuania became part of the Russian Empire. Poles and Lithuanians unsuccessfully rebelled against Russian authorities in 1831 and 1863. These two uprisings are connected with the beginnings of the hill: as families could not locate bodies of perished rebels, they started putting up symbolic crosses at the site of a former hill fort.

2.Take a trip to Trakai

Trakai is a town in southeastern Lithuania, west of Vilnius, the capital. Part of the Trakai Historical National Park, Trakai Island Castle is a 14th-century fortress in the middle of Lake Galvė. Once a home to Lithuania’s grand dukes, it now houses the Trakai History Museum, with archaeological objects, coins and crafts. On the lake’s southern shore are the stone ruins of the Trakai Peninsula Castle.

Trakai is a lake resort and historically important city that sits close to Vilnius and makes a nice day trip if you are looking to get out of town.

In the wider Trakai region there are some 200 lakes to enjoy during the warmer months. The Devil’s Museum is found in Kaunas and as you would expect from the name it has a huge collection of art work that depict images of the devil, witches, and a range of other wicked mythological creatures.

You will find over 3,000 different pieces here and visitors can even donate items to the collection.

There are a huge range of works here that use different materials such as ceramics, textiles, and paintings and you can even find other interesting items like pebbles that feature images of the devil.

Most of the devils are sculptures in wood, ceramic, stone, or paper. Others are masks or paintings on silk or canvas. The devils, collected from all over the world, are diverse in style. Many of the devils are art objects, for display only, but other devils have been incorporated into usable objects such as pipes and nutcrackers. Many of the items represent folk myths and others express modern political ideas. For example, one sculpture depicts Hitler and Stalin as devils in a dance of death over a pile of human bones. 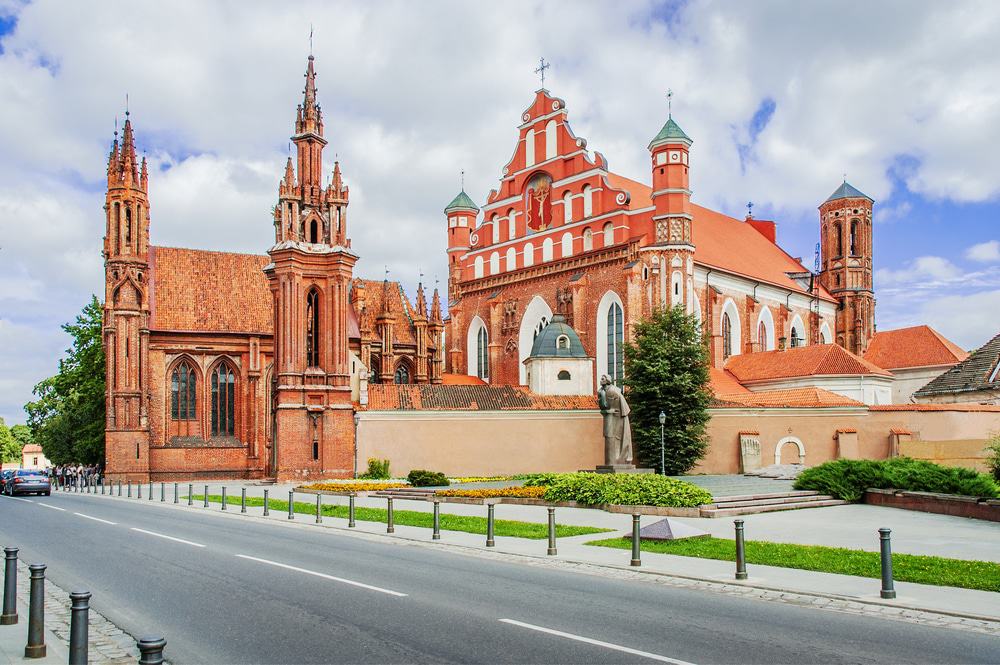 During the Roman period a pagan shrine for the cult of the god of healing (a syncretic mix between the Egyptian god Serapis and the Greek god Asclepius), stood on the grounds next to the two Pools of Bethesda.

A Byzantine basilica was built over the remains of the shrine in the 5th century. Partially destroyed by the Persians in 614, it was subsequently restored. Baldwin I, the first titled Crusader king of Jerusalem, banished his wife Arda to the old Benedictine convent which still existed here in 1104. A small Crusader church, the so-called Moustier, was then erected over the wall separating the northern and southern Pools of Bethesda, among the ruins of the Byzantine church.
1862, Philipp Wolff.

The actual Church of St Anne was built sometime between 1131 and 1138, during the reign of Queen Melisende. It was erected near the remains of the Byzantine basilica, over the site of a grotto believed by the Crusaders to be the childhood home of the Virgin Mary, mother of Jesus. It is dedicated to Anne and Joachim, the parents of Saint Mary, who according to tradition lived here. Kaunas is the second biggest city of Lithuania, the former capital of the country, located 1 hour 15 min drive from Vilnius. It is quite different from Vilnius and if you want to get a better idea of Lithuania, it is definitely worth to include it in your travel around Lithuania.

Kaunas is also known as a capital of the second “religion” in Lithuania – basketball!! If you have a chance, go to a basketball match in Žalgirio arena to see how crazy Lithuanians are about basketball 🙂 It does not matter if you like basketball or not. It is just fun to feel the awesome atmosphere.

However it is not true. Kaunas also has a beautiful tiny old town to explore (Kaunas was even a part of Hanseatic league and every May medieval Hansa days’ festival attracts a lot of visitors to Kaunas), a modern street art scene, quite a few interesting museums to visit. Probably one of the most unusual museums you can find in Kaunas is Devil’s museum. You can find over three thousand devils there – masks, paintings, sculptures, souvenirs, etc. Not too far away from Devil’s museum, you can find one of the oldest funiculars in Europe! We really recommend to take a ride up where you will find a huge white Christ’s Resurrection’s church. From the top of the church you can see a great panoramic view of Kaunas. 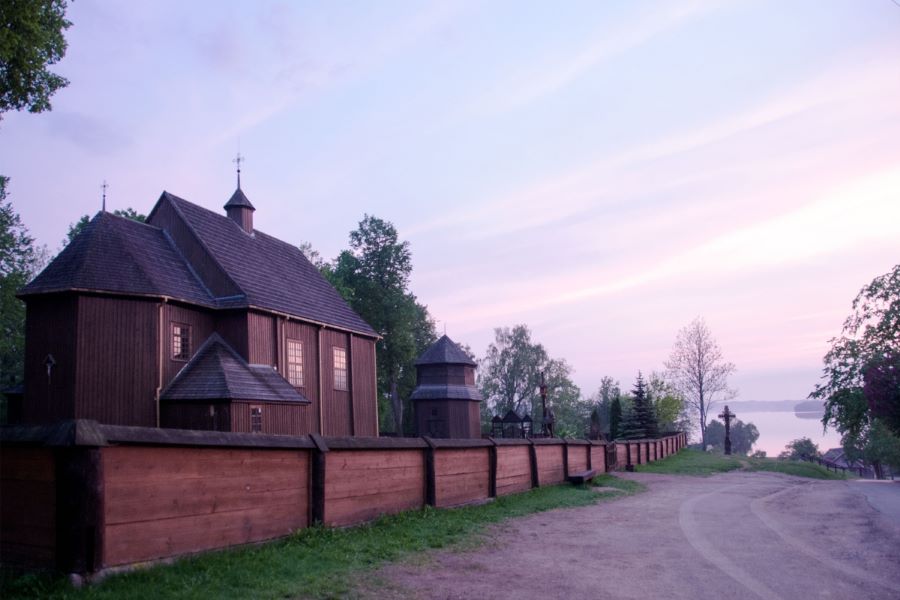 Aukštaitija National Park is a perfect spot for all the nature lovers. If you visit Lithuania during the summer time, this is one of the most popular destinations for Lithuanians to get away from city life and enjoy many lakes, hills, forests and ethnic villages. You can find different hiking, cycling and water routes. However you can rarely meet international travellers and tourists travelling around this park. The problem might be the infrastructure as the best way to get around the park is by your own car and it really lacks public transportation. Also, most of the people flood Aukštaitija National Park during the weekends, so some places might be closed during the weekdays. However if you desire for some nature and do not mind local adventure, we really recommend you to include Aukštaitija National Park in your travel around Lithuania. You will be impressed by the greenery and all the lakes around you.

A must visit place in Aukštaitija National Park is Palūšė where the visitor center of Aukštaitija National Park is located. You can find quite a few accommodation options in Palūšė if you want to spend a few days in the park to enjoy nature. Palūšė is a small tourist village which gets really busy in summer during the weekends. One of the tourist attractions in Palūšė is the oldest surviving wooden church in Lithuania, but most of the people come here because of the hiking routes in the forest, beaches next to Lūšys lake (that’s where the name Palūšė comes from – near Lūšys lake). You can also rent boats, kayaks, etc. Palūšė is the point where most of the cycling and hiking routes start in Aukštaitija National Park, so it is actually a good base for further exploration. 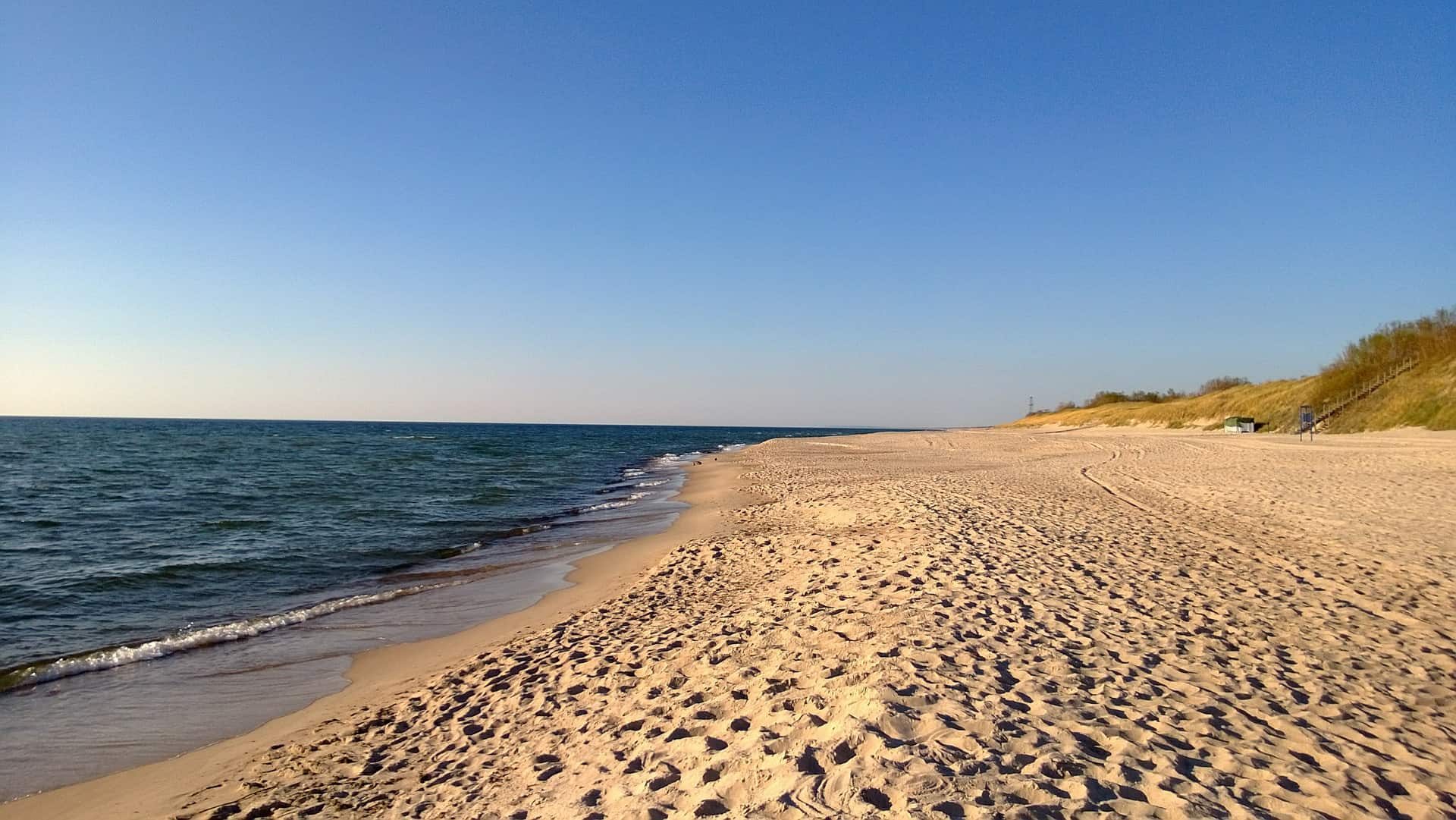 Lithuania has only around 90km of the seaside. That’s is not a lot compared to our neighbours, but those kilometers are very well used! You can find the small cute fishermen villages, the long white sand beaches, an ice-free port in Klaipeda (one of the few in northernmost Europe!), a party town Palanga and even a UNESCO World Heritage Site – Curonian Spit aka Neringa!

If you come to Lihuanian seaside during the winter time, probably not much will be going on, but during summer months it gets really crowded. In summer, Palanga becomes a party capital of Lithuania. Even some nightclubs from Kaunas and Vilnius closes down for summer time and go to Palanga. That is the place where party happens! Sometimes we joke that Palanga is like Miami of Lithuania.

If you are not a party person and you don’t fancy crowds of people, you can base yourself in Klaipeda or one of the fishermen villages in Curonion Spit.

Klaipėda is the main port of Lithuania. It has been a German city for a long time, so you might get the feeling you are in Germany in Klaipėda’s Old Town. Usually Klaipėda is less crowded than Palanga as the main beaches are a bit further from the city centre. The major event in Klaipėda is “The Sea Festival” (Jūros Šventė) which takes place on the last weekend of July. It is very busy, but a lot of fun if you fancy some local events. Klaipeda is located around 30 km from Palanga and only a few minutes ferry ride from Curonian Spit, which is an amazing attraction in Lithuania, a part of UNESCO World Heritage List. This unique piece of land stretches around 98 km in length and the width varies from 400 m (!) to 4 km. On one side you will find the Curonian lagoon, but just in a few minutes you can enjoy the Baltic Sea with white sand beaches. Half of it belongs to Lithuania, another half to Russia (Kaliningrad region). Several small fishermen villages attract travellers to stay in Curonian Spit to feel all of its beauty. Probably the most well-known is Nida. It is the biggest in the Curonian Spit and has the most attractions. A must visit in Nida are white sand dunes. You might feel like you are in the dessert. And you can see Russia from those sand dunes as Nida is located just on the Russian border. You can even find the sculpture of Jean Paul Sartre who was photographed enjoying the nature of Curonian Spit in 1965. Also, a famous German novelist Thomas Mann lived there for couple of years. 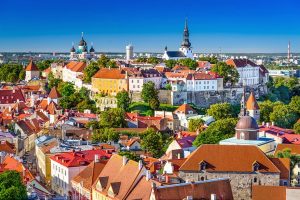 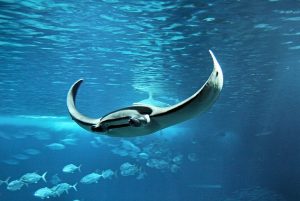